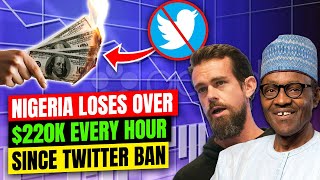 Twitter Seeks Dialogue after Nigeria Twitter Ban – Nigeria Loses $220K Every Hour Since Ban – According to the Nigerian government, Twitter has written to seek dialogue on possible solutions to the controversy sparked by its recent ban in the country. Earlier this week, Information and Culture Minister Lai Mohammed acknowledged the Nigerian government’s receipt of the letter at a press conference in Abuja, stating the country’s officials were ready for talks. The minister, on the other hand, stated that, among other things, an agreement on what content Twitter can transmit in Nigeria must be reached.
Meanwhile, Former US president Donald Trump has praised Nigeria’s government for banning Twitter after it deleted President Muhammadu Buhari’s post for breaching its rules.

Rest In Peace To JJ Rawlings, Former President Of Ghana

Burna Boy and WizKid to Headline Lost in Riddim Festival

Rest In Peace To JJ Rawlings, Former President Of Ghana

Burna Boy and WizKid to Headline Lost in Riddim Festival

Unique Mursi People of Africa with Their Unapologetic Beauty Standards