The remarkable act of reconciliation was marked by both Algeria and France’s acceptance of the return of the 24 people’s skulls that had been taken as prizes during France’s cruel colonial reign.

The Algerian government presented the remains as belonging to “resistance fighters,” national heroes in Algeria for their sacrifice in driving away French colonists, and part of one of Europe’s largest skull collections at the Musée de l’Homme, or Museum of Mankind, in Paris.

Aymen Benabderrahmane, the Algerian prime minister, expressed his happiness with the repatriation, which took place in 2020, only this month when Élisabeth Borne, the French prime minister, visited in Algiers for a two-day visit. 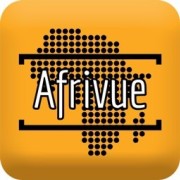